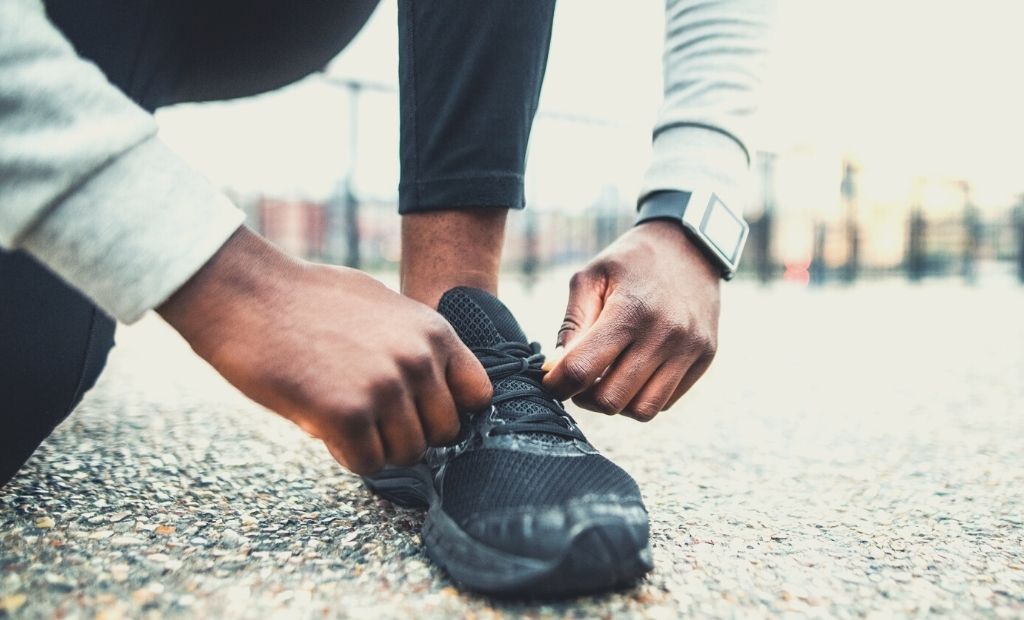 Having properly broken in running shoes is easily one of the most overlooked aspects of our health and fitness routine. Even serious runners often fail to give the proper attention to their shoes.

If you’re asking yourself, “How long does it take to break in running shoes,” then you are on the right track (pun intended)! That is because running shoes are about more than comfort and looks. They are the foundation of running smarter and safer.

How Long Does It Take to Break in Running Shoes?

The real question isn’t so much how long it takes to break in running shoes… but how many miles does it take. According to most experts in the field, it will typically require around “five to ten miles” to break in those new running shoes.

For recreational runners, the answer to how long does it take to break in running shoes is one to two weeks. That means that if you employ running as part of your cardio routine two or three times a week, running one to two miles each time, it will equate to about two weeks to break them in.

More active and avid runners, on the other hand, might typically only need one or two days to break in their running shoes. These are people like distance runners and advanced athletes who will run three or more miles each time they lace up.

It is advised for several reasons, however, to allow for a little more time to break in those new running shoes. For example, people who run three or four miles two or three times a week may not want to use their new running shoes every time they hit the pavement or treadmill.

How to Break in Your New Running Shoes

Before heading straight out the door or jumping on a treadmill, it is a good idea to simply walk in your new shoes for about a half-hour or so. Then, take those new running shoes out for a test drive, but nothing longer than a mile. Simply wearing them around the house and some light running allows your feet and shoes to get familiar and conform to each other. That is a good idea for several reasons.

Not only will taking a little time to walk in them also allow your shoes and feet to adjust, but it will also help to determine if the shoes are a good fit. If your new running shoes are rubbing the wrong way, causing discomfort, or lacking the necessary support, breaking them in slowly will let you know before an injury occurs.

Did you know that alternating shoes can aid in preventing injuries commonly associated with running? In fact, a study for the Scandinavian Journal of Medicine & Science in Sports revealed this tactic can reduce the risk of injury by nearly 40%. Those numbers were compiled between runners who only used one pair of running shoes to runners who used two pairs.

When shoes are alternated between runs, it has been shown to better distribute impact, which causes less strain on the body. That is why it is a good idea to order those new running shoes before you have to have them. Then those not-so-old running shoes will last longer and benefit you more too.

Final Thoughts on Breaking in Your Running Shoes

Like a racket for a tennis player, or a good bike for a cyclist, running shoes are the most vital piece of equipment for runners. While running is a great form of exercise, like every sport and activity, staying safe by preventing injury and getting the most out of your sport most often comes down to the equipment. That is particularly true of equipment for runners, and once running shoes are broken in they provide somewhere between 300 and 500 miles of life.

In the grand scheme of things, it does not take long or too many miles, to break in new shoes. And using two pairs equates to even more mileage, while keeping runners safer.  Run smarter, perform better, and get the most out of your equipment by taking the time to break your shoes in the right way.