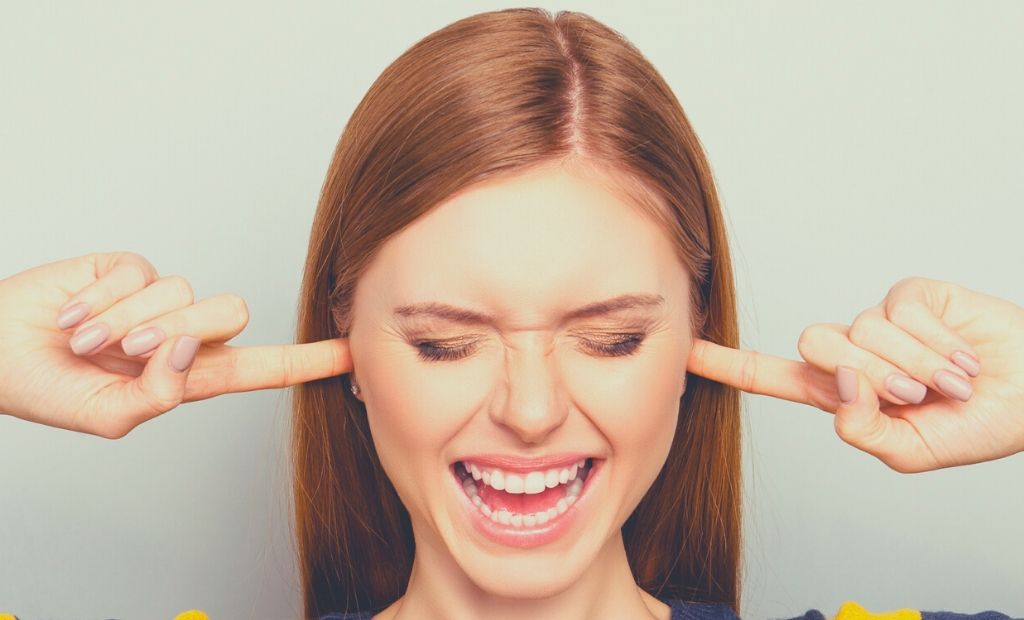 You may expect to experience some type of pain when you run…maybe some pain from shin splints, calf pain, a little knee pain if you’ve put a few too many miles on your shoes, and probably some heel pain at times. Plus, muscle cramps are always a dreaded possibility.

This seems entirely unrelated to running. However, feeling pain in your ears after running is actually a relatively common issue.

In this article, we are going to look at the possible reasons you may experience pain in your ears after running–both in your ear lobes and your inner ears. If you can identify the cause of the pain, you will be in a better position to try to ameliorate it.

7 Reasons Why Your Ears May Hurt After Running

This cause of ear pain mostly happens after going for long runs, but can also occur if you’re running in the cold or at a high altitude. Despite which of these three running conditions applies to you, blood vessel constriction (or “vasoconstriction”) causes ear pain as a result of a reduction of blood flow to your ears. And, because your blood vessels are responsible for transporting oxygen through your bloodstream, if they become constricted, oxygen can accumulate in your inner ears and lead to excess pressure–and therefore, pain. As the pressure increases, so does the pain you experience.

Vasoconstriction most commonly occurs in one’s ears because they are situated away from the body and don’t contain fat, so this is the first place blood vessels will constrict.

How to Prevent This: There isn’t much you can do to prevent vasoconstriction if you’re running at a high altitude aside from avoiding eating excess salt, as salt increases your blood volume because it retains fluids in your venous system. You should also wear ear plugs when running at high altitudes to help equalize the pressure.

According to EHS Today, because the nerves in your ear canal aren’t unprotected by skin, they may have a strong, painful reaction to changing temperatures. Running in the cold and wind can aggravate your ear canal and earlobes, leading to pain. Plus, if your head is cold, it can lead to muscle cramps in your neck, which can also cause ear problems such as ringing in the ears (also known as tinnitus).

How to Prevent This: If you’re experiencing ear pain due to cold weather, wearing a hat or ear warmers can be very effective to keep your ears warm. Here are a few that are designed for runners:

If this pain is extremely bothersome after getting home from your run, you can take an over the counter anti-inflammatory medicine.

Having a ruptured eardrum is more common than you probably think. Your eardrum is a thin membrane separating your ear canal from the middle of your ear. Sound waves lead to vibrations in your eardrum, which travel to your brain and are then recognized as being a sound. This image from the Harvard Medical School shows you how far your eardrum is into your ear canal:

Due to the delicate nature of your eardrums, they’re easily torn. This can be caused by:

While running doesn’t cause your eardrum(s) to rupture, the symptoms can be exacerbated by the consistent up and down motion of running. Running may also increase an existing tear in this thin tissue, which can increase the severity of the symptoms of a ruptured eardrum, including ear pain, hearing loss, ringing in the ear, and nausea.

Furthermore, because your blood is pumping hard throughout your body as your heart rate increases during your run, excess pressure is put on your eardrum, which can aggravate an existing rupture.

How to Prevent This: I won’t really say you can prevent this, but you can definitely treat it–and you should as soon as you can. You shouldn’t run with a ruptured eardrum because you can end up with an ear infection and other complications if you don’t let your eardrum heal. According to the Mayo Clinic, you should take some time off from running until you’re all healed up.

4. Your Choice of Headphones

If you wear earbuds, you probably find them to be really convenient for running. However, these headphones that you place inside (rather than over) your ears can do some damage in the long-run.

First, if they don’t fit correctly, they can either irritate the inside of your ears due to the friction that occurs once you start to sweat (if they’re too small), or they can put too much pressure on your ears that can lead to pain and redness (if they’re too big).

Secondly, it is not uncommon for runners to play their music at a volume that is way over what is safe for your eardrums.

Take a look at this chart. Experts encourage keeping noise levels between 60 and 85 decibels to minimize the risk of damaging your eardrums and internal systems going on in your ears. However, headphones can typically emit sound up to 110 decibels, and, according to the World Health Organization, the average volume people listen to is around 94 decibels, which is only deemed safe for an hour of use.

And, if you’re listening to music all the way up to 100 decibels, your run should be limited to 15 minutes if you want to listen to music the entire time.

How to Prevent This: If you prefer to wear earbuds rather than headphones that go over your ear, watch this video to make sure that yours fit correctly.

Also, check out our top recommendations for in-ear headphones. And keep the sound down.

These in-ear headphones are available on Amazon:

Anyone–including children–can suffer from gastroesophageal reflux disease (GERD), and about 20% of the population does. This chronic digestive disease occurs when the muscle at the end of your esophagus doesn’t properly close, leading to the backflow of stomach acids into the esophagus.

People who have GERD most often experience heartburn, but this condition can also lead to chest pain, a sore throat, coughing, and ear pain. While you may not associate stomach issues with ear pain, this is actually a common sign of GERD, and if left untreated, it can lead to more severe ear infections.

When you run, anything in your stomach is going to be moving around just as much as you are. With the force of your body hitting the ground, it becomes much easier for your stomach’s contents to slosh upwards into your esophagus–including pepsin, an enzyme in your stomach that breaks down proteins. Because your mucous membranes are mainly made of proteins, when pepsin is released from your stomach and makes contact with your esophagus, nasal cavity, and eventually your ears, it can lead to pain and inflammation.

How to Prevent This: Wear loose-fitting clothing when you run, and avoid the following foods–especially if you’re planning a run soon:

You probably don’t notice some bad (or weird) habits you have when you run. I actually had a friend point out to me that I always clench my thumbs between my pointer and middle fingers while I’m running–and I had never noticed that I did that, but I’m certainly aware of it now!

One tendency that a lot of runners have is to clench their jaw while they’re running. This is also something that people may not realize they’re doing, but grinding your teeth or tightening your jaw is common for athletes.

It’s hard to tell when you’re tightening your jaw, so you have to be conscious of not doing this while you’re running, because if you do tend to clench your teeth while running, you will often develop earaches.

How to Prevent This: Make sure your teeth aren’t touching while you run to eliminate any possibility of creating pressure in the areas around your ears.

You may have something going on in your body that is making you more prone to ear pain, to begin with and running simply intensifies the pain. Ear infections, seasonal allergies, sinus infections, and migraines can all lead to increased pain in the ears while you’re running.

How to Prevent This: Give yourself a break if you’re not feeling great. You want to give your body an opportunity to heal if you’re experiencing any of these health issues. If seasonal allergies and pollen are really getting to you, consider running on the treadmill inside during times of heavy pollen.

You shouldn’t ignore pain in your ears that you experience while running–prevention and treatment are key. If you experience pain in your ears or ear lobes after or during your runs, hopefully you’re able to identify with one of these potential causes. If none of these reasons seem like they could possibly be true for you, it’s important to check with your doctor to find out what might be going on.

Don’t let earaches stop you from running, but just like any recurring pain that you experience, it’s important to get to the root cause to prevent the issue from worsening in the future. If the pain is ignored for a long period of time, it could aggravate the underlying cause and lead to bleeding, fluid discharge, and–in the most extreme cases–hearing loss.