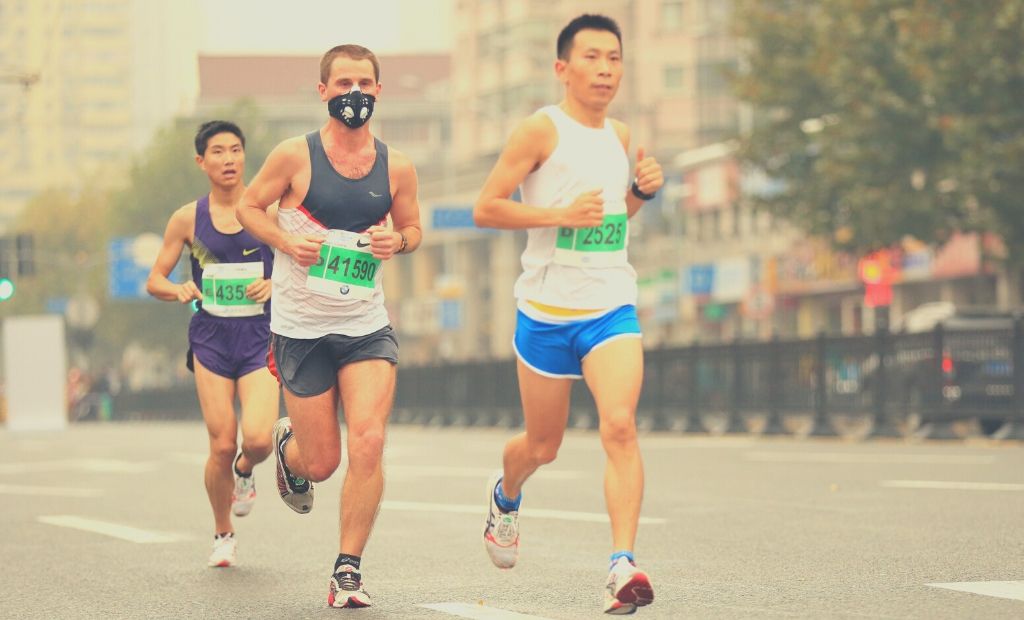 Every now and then, I find myself looking at the bumper stickers people place on their cars. Some of them are funny, some express a meaningful ideal, and then there are those that I simply can’t understand.

You’ve seen them too, right? They are bumper stickers that feature only numbers.

If you’ve ever see a sticker with a “26.2” written on it, then you might wonder about its meaning.

It’s a common sticker so it can’t just be alluding to a birthday or an anniversary and why would you even post those dates on your car.

Read on if you also want to discover the meaning of that sticker.

What Does a 26.2 Bumper Sticker Mean?

It’s important to note that 26.2 is not the only number-bearing bumper sticker that carries weight among runners.

The 100 sticker is for those runners who have taken on the 100-mile challenge and conquered it. You’ll need the right equipment and proper preparation to finish that kind of lengthy run.

Other eye-catching bumper stickers you may find feature the numbers 70.3 or 140.6. Those are stickers typically posted by people who have finished triathlons. The 70.3 sticker is for the folks who completed half triathlons and the 140.6 sticker is for those who finished the Ironman Triathlon.

Fellow runners who were previously unaware of the significance of those stickers may now be eager to post them on their car after learning about what they actually mean. Before doing that, I do want to draw your attention to something.

Unfortunately, the distance-denoting bumper stickers have not exactly gained unanimous approval among the public. That holds true for runners and non-runners alike.

This meme on Reddit indicating that nobody really cares about whether or not a person has completed a marathon garnered nearly 10,000 upvotes. Some commenters also shared their experiences of dealing with runners who talked non-stop about their racing accomplishments and expressed annoyance at being trapped in those conversations.

Apparently, some reviewers even went so far as to use profanities as they described the runners who were fond of distance-bearing bumper stickers.

I guess what I’m trying to say here is that you could potentially draw quite a bit of ire if you decide to purchase and post one of those stickers yourself.

So, should you avoid them altogether then? That’s something you’ll have to figure out on your own.

It’s worth pointing out though that those stickers are not universally disliked.

Going back to that same Reddit post, you can find other commenters who disagreed with the sentiment expressed by the meme. There are posters who said that runners have a right to be proud of their accomplishments. Some posters even said that they would brag about finishing a marathon if they could do it themselves.

The number 26.2 indicated in the bumper sticker refers to distance.

You’ll also find a few commenters who are generally indifferent about the stickers, saying that people should feel free to post about whatever they like.

I personally see no issue at all with posting those stickers on your car. You trained hard for that race and accomplished your goal. Taking pride in a worthy accomplishment like that is a reminder that you can complete extraordinary feats if you set your mind to them.

The sticker could also have a more personal meaning for you.

If you started running to lose weight, the sticker can serve as a reminder of how far you’ve come. In the past, the mere thought of trying to tackle a marathon may have seemed ludicrous but that bumper sticker on your car indicates that it’s not a crazy idea at all and you’ve even made it a reality.

Lastly, the 26.2 sticker meaning is going to resonate with fellow runners. You may encounter some runners who strike up a conversation because of it. Who knows, you may even gain a new friend or two thanks to your bumper sticker.

5 Places to Purchase a 26.2 Bumper Sticker

Now that you know all about the importance of the 26.2 bumper sticker and other items like it, you may want one for yourself. The good news is that they are readily available in running stores and you can also shop for them online.

Final Thoughts on the Meaning of the 26.2 Bumper Sticker

Running is an accessible hobby, but it’s not always an easy one. You have to follow a strict diet and exercise regimen if you want to become someone capable of finishing a marathon.

Celebrating that remarkable accomplishment is not something to shy away from and you can do that by posting a 26.2 bumper sticker.

If you want to learn more about the basics of running and how to enjoy it more, please go ahead and check out this post.

Good luck with your future runs!