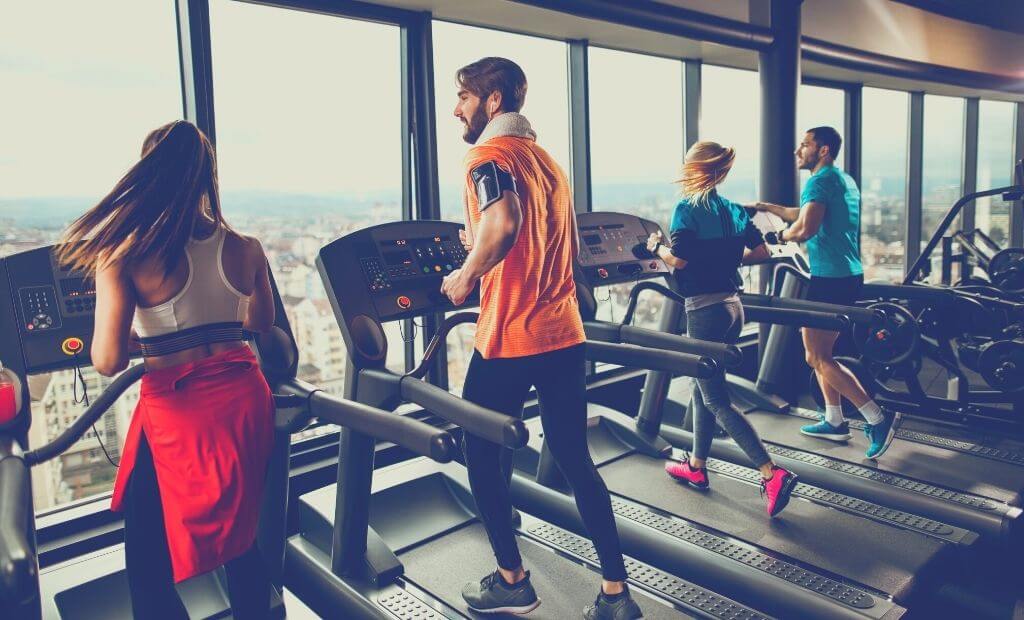 Perhaps you are an experienced runner who’s become worried about your knees. They ache more than they used to after a run.  Or, you’re a new runner and are trying to decide what might be healthier for your body, specifically, your knees. It’s a valid concern, as running is known to put quite a bit of strain on those joints.

Typically, there are two main types of running: indoor on a treadmill, or outdoor on various types of terrain.  But which is easier on the knees?  Running can be tough on one’s body beyond the knees, so it’s important to know your physical limitations and weigh all of your options.

Which is Better for Your Knees: Running on a Treadmill or Outside?

The answer to the question can certainly be debated. With personal experience doing both, I feel that running outside is better for your knees. I’ve had longer stretches of joint health doing so, versus similar periods of time running on treadmills.

Back in the day, I was running on treadmills almost daily at my local gym and seemed to have knee soreness far more often than when I went for a run outdoors.  I believe a lot of it had to do with the surface I was running on.

I was doing most of my runs on an outdoor track, which was even and somewhat softer material. I wasn’t running on the concrete or asphalt roads- or on trails with unpredictable objects to trip over.

Also, you can take a far more natural stride when running outdoors, as opposed to the confines of the belt on a treadmill… which can lead to abrupt, shortened steps that result in muscle or joint issues.

However, there are a multitude of variables to consider. These variables could lead you to have a different opinionand results on knee health than I had. When running outdoors, there are potential risks and concerns one should want to factor in.

1. What type of surface are you running on?

It makes a big difference to your overall knee health when running to know what type of surface you’re dealing with.  Are you running on concrete or asphalt, which tends to be harder and more impactful on your knees?

Or perhaps you’re zipping around a composite track that is softer as you strike it? Some people run in sand or grass, which can be the softest impact on your knees.

2. Will there be elevation changes?

3. Does the surface you run on have uneven spots, irregularities, or damage to it?

If you’re running on a trail and happen to step on a rock, stick, or something else in your path… you can easily roll and twist your ankle or knee, causing a minor – or even serious-  injury.  If running on grass, a soft spot or divot in the grass can cause the same type of injury.

If you are running outdoors, it’s highly advisable to be aware of the path and the course you’re running to avoid knee injury. If you’re not familiar with it, don’t make your first night at twilight.

Running on a stable, smooth surface with minimal elevation is generally the safest method for running outdoors. Something flat, obstruction-free and firm (but not too hard) would provide a more joyful and less stressful run for someone concerned about knee health and safety.

When Might Running On A Treadmill Be Better For Your Knees?

There definitely are certain circumstances in which it can be better for your knee health to run on a treadmill, versus running outside. It is certainly a debatable topic, generally speaking.

Here are some of the instances when running on a treadmill may be safer for your knees than running outdoors.

1. If your treadmill is padded very well.

Not all treadmills are created equally. Some lower-end models are cheaply made and do not have the same amount of shock absorbency as many of the more expensive, higher-end models.

If your knee safety is a concern, one of these better padded, high-end treadmills could be the answer.

2. If you live in an area with predominately inclement weather.

If you live in an area where weather conditions are not conducive to being able to run comfortably outdoors, having a nice treadmill at home could be a safer option for your knees.

Areas in the country that get a lot of rain, snow and ice can cause slippery conditions that you may not want to risk your knee health in. One bad slip and fall may ruin your running hobby for a long time.

3. If your treadmill has a longer, wider running surface

Again, this tends to be related to the first point on this list. A more expensive, higher-end treadmill will generally have more surface area to run on, besides being more padded and cushioned for better knee health.

It will provide a smoother, more predictable path to run on than outside on a trail or even paved trails, so knee injuries occurring from slipping and falling could be less likely.

Final Thoughts on Running on a Treadmill Versus Outside

When it comes to the safety and health of your knees, you cannot be too careful. While it is my opinion that running outside is overall better for your knees, this depends on a number of factors.

The terrain you’re running on outside, the size and softness of the treadmill you might be using and the weather in your area all play a part in deciding what will work best for you.

I encourage anyone who is worried about their knee safety and health to do some research. Check online about the pros and cons of both running outdoors and on a treadmill. Speak to other runners who have similar concerns.

Test both methods out if possible, and see how you feel after doing both. Keeping your knees safe and healthy will ensure you’ll be safely running for a long time.