Looking for a good playlist you can use while you run? We’ve got a list of the best running songs to choose from!

Sports psychologist Costas Karageorghis agrees that music brings a positive influence to your exercise regime. Compelling tunes and motivational lyrics help in shaping your attitude towards running and working out.

In this article, we give you a list of the best running songs that you can include in your playlist the next time you run. These songs can give you the groove you need to uplift your spirit while trying to reach the finish line.

We’ve divided our list into the types of music people usually listen to. You may have listened to a few of these songs already, but perhaps you didn’t realize how motivating they can be when you run.

Rock music originated in the United States in the early 1950s. It developed into a wide range of different styles as the years went by, but it technically drew inspiration from the genres of country and rhythm and blues.

This type of music is lively, vibrant, and invigorating. It makes you feel strong and full of energy. What better way to enjoy running with music than to listen to something that can hype you up?!

Let the good times roll with our list of rock hits!

Rap and hip hop is a genre of popular music that flared up in the United States during the 1970s. Usually, it is composed of beats and bass lines that give the songs a chant-like rhythm. Hip hop is commonly confused with rap music, but the truth is, rap is simply a subculture of hip hop.

If you are a gym maniac, you know that rap and hip hop music brings out the best in those arm and leg muscles. Those bass beats and rhythms can boost your performance while lifting, and it’s no different in running. This type of music can build up your desire to cross the finish line.

Follow the beat and feel the heat with these rap and hip hop songs:

More commonly known as EDM or electronic dance music, this genre has a broad scope, and includes techno, pop, trance, dubstep, and a lot more. It developed alongside the emergence of nightclubs, festivals, and raves.

Just like rock and hip hop, dance music sets your mood and gets you hyped up to run. Even the name itself—dance—literally makes you want to shake those hips and twist those arms.

If you want some sizzling music to bring out your dancing skills while you run, here are some good songs to listen to:

Alternative music is a kind of independent (indie) music that developed during the 1970s, but only became widely known during the 1980s. It is a mixture of punk, pop-rock, new wave, and underground music, from artists who prefer to stay out of the mainstream.

Although it is branded as “non-mainstream,” there is an emerging population of music lovers who prefer this calmer, deeper type of rock music. If you are one of them, you might enjoy listening to the songs below:

Tired of modern-day music, but still looking for an invigorating playlist? We’ve got you covered with our list of classical songs from Mozart, Gershwin, Rimsky, and the gang!

Classical music had its roots in Western culture way before any of the above mentioned genres existed. It literally came from the Classical period (1750 to 1820), so if you are a fan of history and the classics, the list below is the one to check out.

Science and psychology have shown that music can positively impact your running workout if you integrate it into your routine. It works as an external stimulus that diverts your attention from discomfort, fatigue, sweat, and heat.

Moreover, whether you are running a marathon, a 5km race, or simply to lose weight and stay fit, songs and their words can inspire you to achieve your goal.

Do you know one or many of the songs provided above? How do they help you in perfecting your running regimen? We’d love to hear your story. Feel free to share your comments in the field below.

Organize your playlist and plug those headphones in the next time you run. Get your groove on and keep moving with the songs we provide above.

One Comment to “149 Best Running Songs: What to Listen to on Your Next Run” 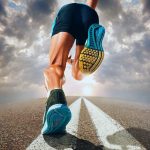 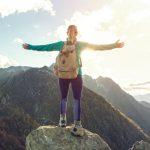 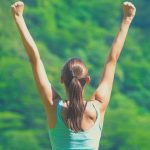 55 Endurance Quotes to Keep Going When Times Are Tough